Click2Drug contains a comprehensive list of computer-aided drug design (CADD) software, databases and web services.
These tools are classified according to their application field, trying to cover the whole drug design pipeline.
If you think that an interesting tool is missing in this list, please contact us. 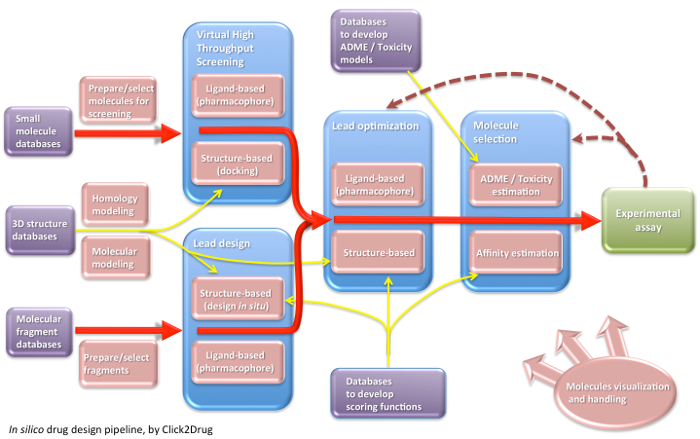 Definitions and syntax of file formats